For the expatriate worker

Australia is the unexpected: a place where the world’s oldest cultures share vast ochre plains, stylish laneways and unimaginably blue waters with successive waves of new arrivals from across the globe.

Australia's strong economy, hot, sunny climate and relaxed, outdoor lifestyle make it a top expatriate destination. Immigration restrictions have tightened recently but demand for highly skilled workers in specific fields is strong, salaries are among the highest in the world and education and postgraduate training excellent.

Australia’s cities are consistently cited at the top of world rankings of the best places in the world to live. 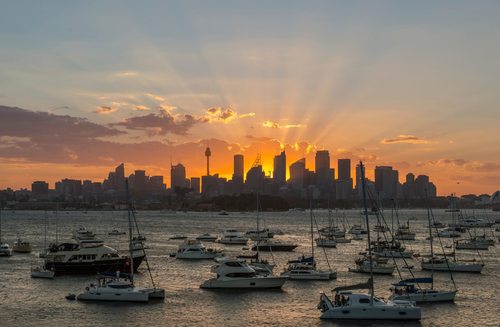 Jobs are available on permanent, fixed term or locum contracts in cities, towns, coastal areas and the outback.

Advantages of working in Australia:

Australia, officially the Commonwealth of Australia, is a sovereign nation comprising the Australian mainland, the island of Tasmania and numerous small islands.

The largest country in Oceania, it is the world’s sixth largest country by land mass but sparsely populated with a total population of just over 25.4 million inhabitants, concentrated mainly in the major cities of the eastern seaboard.

Canberra is the capital city of Australia but Sydney is the largest city and commercial capital. Other major metropolitan centres are Melbourne, Brisbane, Adelaide and Perth.

Australia has six states and two major mainland territories which, in most respects,  function as states. 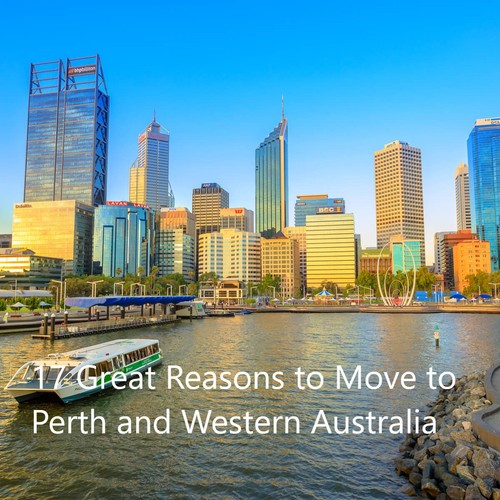 Australia is a federal constitutional monarchy with Queen Elizabeth II as the Queen of Australia, represented by the Governor General at the federal level and the Governors at the state level.

Australia is a highly developed country with the world’s twelfth largest economy and the sixth highest per capita income. It is a major regional power with the 13th highest military expenditure. It has an immigrant population of 26% of the total population.

Australia is one of the wealthiest Asia–Pacific nations and has enjoyed more than two decades of economic expansion.  It has a highly developed market economy with a high GDP per capital and low rate of poverty.

The Australian Dollar (AUD) is the official currency, used across Australia and its external territories, as well as some Pacific Islands. It is the fifth most traded global currency and is free floating.

Australia owes its popularity among currency traders to 3 G's – geology, geography and government policy. Geology has given the company a wealth of natural resources that are in high demand, including oil, gold, agricultural products, diamonds, iron ore, uranium, nickel and coal.

Geography has positioned the company as a choice trading partner for many fast-growing Asian economies with nearly insatiable resource demands.

Government policy has led to fairly stable high interest rates, a stable government and economy, a lack of intervention in the currency markets, and a Western approach to business and the rule of law that has not always been typical in the region.

The service sector of the economy accounts for 70% of GDP and Australia is internationally competitive in financial and insurance services, technologies, and high-value-added manufactured goods. Agricultural and mining products are major exports.

Australia’s health system is one of the best in the world, providing safe and affordable health care for all Australians. It is jointly run by all levels of Australian government – federal, state and territory, and local.

There are many providers of health care in Australia, including:

Medicare has been Australia’s universal health care scheme since 1984. Its 3 major parts are:

Medicare is available to Australian and New Zealand citizens, permanent residents in Australia, and people from countries with reciprocal agreements.

Medicare covers all of the cost of public hospital services. It also covers some or all of the costs of other health services. These can include services provided by GPs and medical specialists. They can also include physiotherapy, community nurses and basic dental services for children.

The other important part of Medicare is the Pharmaceutical Benefits Scheme (PBS). The PBS makes some prescription medicines cheaper.

The culture of Australia is a Western culture derived primarily from Britain but also influenced by the unique geography of the Australian continent, the diverse input of Aboriginal, Torres Strait Islander and other Oceanian people.

The oldest surviving cultural traditions in Australia (which are actually some of the oldest surviving traditions on earth) – are those of Australia’s Aboriginal and Torres Strait Islander people. Their ancestors inhabited Australia for between 40,000 and 60,000 years and they lived a hunter-gatherer lifestyle. The boomerang and didgeridoo, which were invented by Aborigines, are to this day iconic symbols of the country.

Australians are generally laid back, open and direct. They say what they mean and are generally more individual and outgoing than other cultures. More than three quarters of Australians live in cities and urban centres, mainly within 100 kilometres of the coast, making Australia one of the world's most urbanised coastal dwelling populations.

Vegetation covers nearly 7 million square, 91% of Australia. Most of its exotic flora and fauna cannot be found anywhere else in the world.

Melbourne continues to hold the title for the world’s most liveable city (fifth year in a row), with Adelaide, Perth and Sydney also featuring in the top 10. With a healthy minimum wage threshold, Sydney was also highlighted as the world’s most affordable city for young people to live.

The continent has been awarded sports capital of the world with over 70% of its total population participating at least once a week in some type of physical activity. Australians are deeply invested in cricket, rugby, Australian Rules Football, soccer, tennis and more.

Locals pour into pubs for rugby games, spend all day in the sun at cricket matches, and use golden beaches as fields for casual games.

In just 200 years, Australia's wine industry has grown from a few small plantings to an industry renowned throughout the world for its quality. With over 60 wine regions, Australia produces around 1.35 trillion bottles of wine per year.

If you love coffee then Australia is definitely the place to be. It has become a land where coffee obsessives drink flat whites and lattes, cold drip and single origin long blacks, piccolos and cappuccinos.

Cafes serving coffee are at every street’s corner, it’s a matter of finding your favourite barista, who knows how to make your coffee just as you like it.

Register and Search for Jobs in Australia

Register your CV and Search for jobs in Australia

Read news and articles about Australia.