Consultant Endocrinologist and Internist Dr Ismail specialises in the management of Diabetes Mellitus. He undertook his postgraduate training in the UK where he specialised in Internal Medicine and Endocrinology and after passing his Membership of the Royal College of Physicians and gaining dual accreditation in his chosen specialities, he worked as a substantive consultant in busy NHS hospitals in suburban areas of London. He aimed to play an instrumental role in bringing the latest expertise in the management of endocrine disorders and especially diabetes to the people of the UAE and he has had a significant impact within the government healthcare sector.

​Q: Tell us about the background to your move.

Mohamed Ismail: I trained at St Bart’s Hospital in London, then I moved to Dartford where I was a Consultant Endocrinologist and the head of the Endocrine department. In 2014 I thought that moving to the Middle East was something that I might consider, just for the challenge and the change.

I know that diabetes specifically is a growing problem in the area, so there is a growing need for endocrinologists in the Middle East, and this certainly carries a lot of challenges as well as opportunities for drawing on the experience of people like myself, who have had the opportunity to train in hospitals with good expertise.

I wanted to have the opportunity to share my experience and hopefully help people in the Middle East to structure their care and work to combat the growing problem of diabetes. I saw it as a challenge to try and help them improve the setup of Diabetes care.

Q: What developments have you noticed so far in the UAE?

Mohamed Ismail: I’ve been here just over two years now, and I can see that we’ve come a long way. Specifically when it comes to Diabetes technology. The use of insulin pumps, the use of glucose monitoring, developing the concept of teamwork, but I wouldn’t claim the responsibility for all of that. I’ve found people passionate to develop it, and I’ve played my role in installing the building blocks.

I’m really happy to see it flourishing now, there’s been a lot of development specifically when it comes to seeing a lot of insulin pump clinics being run by colleagues. It’s great seeing the equivalent of diabetes nurses back home becoming more confident in running pump services, and patients accepting insulin pumps and the disease as part of their lives.

It’s also great to see actual results that improve people’s lives and their outcomes. It’s been quite challenging, but a nice journey to see the development. We’ve come a long way in two years.

Q: What should NHS consultants be prepared for in the UAE?

Mohamed Ismail: I think that when you come from a system like the NHS where, despite what we all say about it, the way it’s structured ensures everything works. You can be surprised.

One of the problems is that funding is an issue, the way we run it is an issue, but I don’t think you can criticise the structure.

So when you come from a well structured system like the NHS to other systems you can’t carry the idea that you expect everything to work just by clicking your fingers. You need to be humbled by what you see, and you need to change your expectations as the days go on.

You also need to build up your expectations gradually to where you want them to be. I don’t think that you can copy what you have been experiencing to where you are now. It’s impractical and this will bring frustration. I’ve seen it. It results in people giving up and going back, so one needs to be realistic. One needs to refrain from comparing where you are to where you were, because that will frustrate you and frustrate people around you. It will alienate people, and it sends out the wrong message.

It makes them feel like you are coming down from the top, you are like ‘oh look at me I used to practice this way, you’re not doing it right’.

Their human resources system is well developed, the majority of the Middle East is modelled around the American system so it works very well. It can frustrate but I can’t judge it, you can’t put timelines on things. If certificates need to be validated then they need to be validated.

If you’re coming to work within a system then you have to follow that system, that’s my simple logic. Does it work for them? Yes it does work. Is it organised? I think it is, so that’s all that matters to me.

One of the misunderstandings I had was that by coming here I’d be working less, because here I’m working about as much as I was working in the NHS.

I’ll be honest and say that the pay is definitely better, and the balance between work and life is better. People are very nice, the environment (although hot) has many things that you can enjoy.

Q: What are the biggest challenges in the region?

Mohamed Ismail: Non-communicable diseases are soaring here; diabetes, hypertension and heart disease. These represent the biggest challenges to the Middle East and dealing with these problems, because of their long-term effects, is a priority.

I think that the policy makers have recognised this, hence the huge investment. It’s just mind-boggling. If we had a quarter of this in the NHS then we would not be talking so poorly about it.

There’s quite a lot of investment going on, there are a lot of new hospitals being built. There are well thought health policies, but continuity is sometimes an issue. In my opinion there’s sometimes a bit of friction because of the nature of the healthcare system.

It’s trying to mould all this expertise from different health systems, while trying to avoid friction that ultimately you would expect. That’s the main challenge.

Q: Why did you decide to move?

Mohamed Ismail: After a period you feel stagnation in what you do, and you want a new challenge. There are plenty of challenges, you get satisfaction from seeing it develop in front of your eyes, because there is unlimited potential to develop.

In the NHS there are plenty of things that you can develop, but here there are far more.

Q: Who would be suited to the UAE?

You need to be contributing, you need to be part of what you do. There are people who don’t survive for more than a few months who are told that you can come here, sit and do nothing and earn a lot of money. That’s not the case.

The people here want you to show that you’re really earning what you’re paid for. I’ve been told that there were days when you just do nothing, well no. There is a lot of scrutiny about what you do and there are a lot of targets that you have to hit.

“It’s a move that’s worth doing, if it’s the right time.”

Q: How was your recruitment journey with Odyssey?

Mohamed Ismail: In my case I was fortunate because I had the help of Dr Wilson, because I couldn’t have done it on my own. So my advice would be to find the right agency, somebody who has experience dealing with the Middle East’s hospitals, because you could get lost otherwise.

You need someone who can help you deal with loads of paperwork and getting your certificates verified. So there are a lot of things that you need an expert agent for. So do your homework, and get someone who knows what they are doing.

With Odyssey they are free of charge. I didn’t have to pay anything.

Everything’s been done beautifully, perfectly, professionally for me. I was met and greeted by people, I was driven to my place. Everything went as well as I’d hoped, in fact probably even better than that.

Register your CV and Search for jobs in the United Arab Emirates. 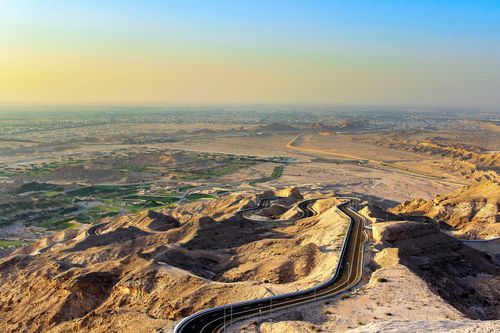