History hangs heavily here. The site of the earliest settlements of both Māori and Europeans, Northland is unquestionably the birthplace of the nation.

The Northland Region is the northernmost and least urbanised of New Zealand's 16 local government regions but has recently become its fastest growing region with a recent population growth spurt of 18.1% compared to the other strong growth regions, Bay of Plenty (2nd with 15%) and Waikato (3rd with 13.5%).

According to Maori legend, the North Island of New Zealand was a fish caught by the demigod Maui hence the “Tail of the Fish” (Māori: Te Tai Tokerau) became the common name for Northland.  Also known as the "Winterless North" because of its mild subtropical climate and long hours of sunshine, Northland has become popular destination for skilled, experienced people attracted by its ample and varied job opportunites and the immense lifestyle attractions; sumptuous scenery, endless unspoiled beaches and rich culture and all just a short distance from Auckland, New Zealand’s largest city.

For doctors, nurses and health professionals, there are superb opportunities for work, training and professional growth learning new skills. 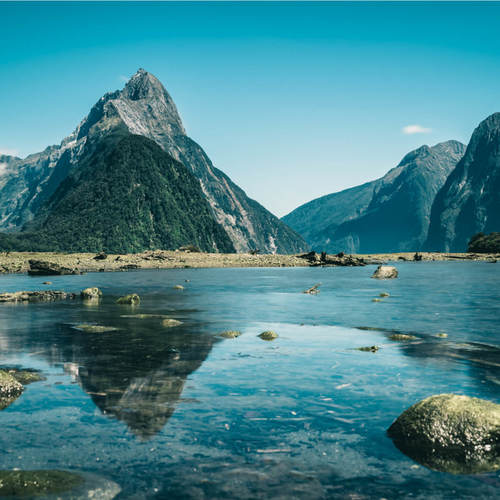 10 Reasons to Work in Northland

There are plenty of openings for skilled professionals. Whilst the job market is not as large as that of the major urban areas of Auckland, Wellington and Christchurch, there are good opportunities available with less competition and employers willing to sponsor visas.
In the medical sector there are openings for specialists, general practitioners, junior doctors in training and service posts, registered nurses and midwives and allied health professionals. Psychiatrists and Clinical psychologists are in high demand. The region has one general hospital which supports three small satellite hospitals and many accredited resident medical officer (house officer and registrar) training posts.

The hospitals are also part of the Auckland Medical School Campus and participate in medical school education.

Physician and Health Professional Jobs in Northland, regularly available include:

Whangarei and the towns of Northland are cheaper places to live than the cities of New Zealand. Property prices for sale are rent are lower and short commutes cut transport costs.

Northland is a region based on community. It’s likely that you’ll soon be on first-name terms with the local shopkeeper, taxi driver and police officer alike. There’s always something going on no matter where you live, be it a local food festival or music event. It’s this lifestyle that attracts so many skilled migrants to Northland. Some 125 people a month are reported to move to Northland each month. Can so many folk be wrong?

Some 10,000 people from the UK and Ireland call Northland home, with Europeans and Asians making up the rest of what is already a hugely diverse population.There is a large Croatian community in Dargeville and many South Africans and Asians have chosen to make the region home.

Straight from field and orchard, farm and ocean, Northland has a reputation for wonderful fresh food andis gaining a burgeoning reputation as a gastro hotspot, with a myriad of locally grown and produced delicacies to be had.

Northland's wonderful subtropical climate with warm humid summers and mild wet winters and long hours of sunshine make it a great place to live. Due to its latitude and low elevation, it has the country's highest average annual temperature and an average of 2000 hours of sunshine. In summer, temperatures range from 22 °C to 26 °C, occasionally rising above 30 °C. In winter, maximum temperatures vary between 13 °C and 19 °C, while minima vary between 6 °C and 11 °C
.

Steeped in Maori culture and tradition, Northland was first landed upon by the explorer Kupe some 800 years ago. The Māori regard the region as the legendary birthplace of the country and there can be no doubt that it was the European starting-point for the modern nation of New Zealand. Traders, whalers and sealers were among the first arrivals, and the gum and timber of the mighty kauri trees brought more colonisers.

In the Bay of Islands, Russell, formerly known as Kororareka, was the first permanent European settlement and Kerikeri contains many historic buildings, including the Stone Store, New Zealand's oldest extant building. The nearby settlement of Waitangi was of even more significance, as the signing place of New Zealand's founding document, the Treaty of Waitangi between the Māori tribes and the British Crown, on 6 February 1840.

Today, around 30 per cent of the Northland population identify as Maori, and Whangarei, the biggest city, has a sizeable Maori contingent.

Northland is a story of two coastlines, the west coast, bound by the Tasman Sea is calm and soulful while the east coast, bound by the Pacific Ocean, is relatively more riggeed but sophisticated and urbane. The western coast is dominated by several long straight beaches, the most famous of which is the Ninety Mile Beach in the region's far north. The east coast is dotted with bays and peninsulas. Several large natural harbours are found on this coast including the famous Bay of Islands and Whangārei Harbour, on the shores of which is situated the largest population centre. Numerous islands dot this coast, the best known of which are the Poor Knights Islands.

The land is predominantly rolling hill country. Farming and forestry occupy over half of the land and are two of the region's main industries. Some kauri forests still exist. Northland has many endemic plant and invertebrate species  such as the endangered snail pūpū harakeke (Placostylus ambagiosus), stick insects and the Northland green tree gecko (Naultinus grayii).

If you live for the great outdoors, you can’t go far wrong with Northland. Fishing, boating, cycling and hiking are all hugely popular pastimes here.Putting down your tools for the day means it’s time to head home for the day for a well-earned rest. In Northland, you’ll find a raft of things to see and do when your working day is done – here are five of our favourites.

It’s known as Ninety Mile Beach, but that’s a bit misleading as its length is actually 90 kilometres. Stretching between Ahipara and Scott Point, the undulating sand dunes found along the northern half of the beach roll almost as much as the sea waves themselves – after you’ve finished bodyboarding in the sea, why not take a wild ride on the sand on a dune board?

If you can manage it, dig for the endemic tuatua at low tide – but you’ll have to be quick, as these little guys burrow fast, but try and snaffle a few. The clam is a fine delicacy, especially when boiled and eaten on the shell. If you’re a keen fisherman, bring your rod along – snapper is abundant in these waters, so you could be having a main to go with your tuatua starter before the day is out.

Cape Reinga is the northernmost point of New Zealand. Perhaps the most incredible natural feature of this place is that it’s where the Tasman Sea meets the Pacific Ocean and you can actually see the fury and foaming of the waters as the two bodies of water clash

Another thing to so at Cape Reinga is to seek out the ancient pohutukawa tree next to the lighthouse. This is said to be where Maori spirits travel to after they have passed, before descending into the sea and the underworld.

How about visiting New Zealand’s biggest kauri tree? The ‘Lord of the Forest’ dwarfs even some of the large mature trees growing nearby, and at a height of well over 50 metres and girth of nearly 14 metres, that’s hardly surprising.

Tane Mahuta is reached by following a short walk from the signposted car park. There are two viewing platforms and seating to help you get the finest angle of the giant tree. Be sure to stick to the paths as, despite their massive size, kauri roots are highly sensitive to foot traffic.

After viewing the ancient kauri, head to the Kauri Museum in nearby Matakohe. You’ll discover more about these fascinating giants, their uses when felled, and efforts to promote the recovery from deforestation.

Mangawhai is the place you’ll want to be if stargazing is your thing. Though it’s only a small township, this actually counts in the favour of the astronomer as there is very little light pollution at night – meaning a glowing galaxy of stars come out to play.

Talking of galaxies, you can see a real, living one in the Waipu Caves – made up of glowworms. That’s right – by entering the caves (be sure to bring a torch!) you can find countless glowworms illuminating the world around you. It really is a sight to behold – you’ll almost believe your back in Mangawhai!

Northland is the place to be for the outdoor adventurer and culture vulture. You should give moving to Northland serious consideration when making your move to New Zealand – we look forward to seeing you on the beach.

Our recruitment consultants shall be in touch to discuss your scope of practice and interests and assist you to find the right role in New Zealand.