What Gulf State should you relocate to?

Have you always wanted to move to a gulf state to relocate and work? With the rapidly expanding expat populations in these destinations, there is a need for all different sorts of workers from industries such as finance to education to healthcare.

The tax-free salaries offered in these countries is one of the biggest incentives for workers moving overseas. Most employers will offer packages which include accommodation allowance, health insurance, school fees and a return flight home each year.

It is important to take time and decide which gulf state will accommodate you the best. Here at Odyssey Recruitment, we have put together a list of the gulf states and some information about them to help you out with your decision. 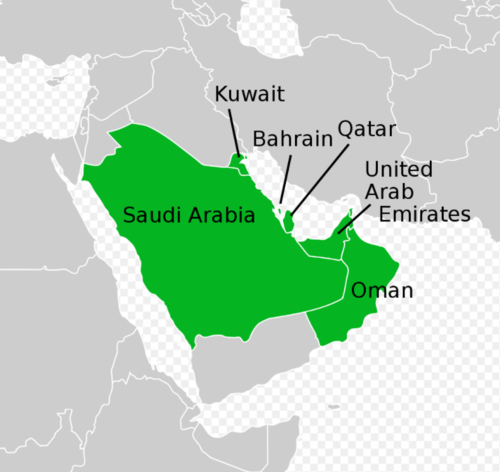 The average temperature in these states is around 41C during the summer but it can reach up to 50C. Many expats will take an extended summer holiday to get away from the intense heat during those months.

Dubai is one of the most popular destinations for expats and also tourists as well. As a result of this, it means that it has fantastic restaurants, sports clubs and entertainment.

An archipelago in the Perisian Gulf made up of 70 natural islands and 33 artificial islands centred around Bahrain island.

Bahrain is one of the most liberal of the gulf states - women can drive and expat women do not have to cover their heads or wear full length cloaks but modest dress is advisable. Pork and alcohol can be purchased easily and many restaurants are licensed.

Nearly everyone speaks English and it also ranks first for being able to get by without the local language. Expats feel home straight away.

Saudi Arabia is one of the strictest Islamic regimes in the gulf states. Culture shock will be huge for expats and it will take time to adjust to living in a place with no bars, nightclubs or cinemas.

Expats are expected to respect local rules and customs when in the country. One-third of Saudi Arabia’s population is foreign nationals and you can live in luxury when over there.

The majority of Qatar’s population live in and around the capital Doha which has architecturally unique skyscrapers, shopping centres and fast food restaurants. English is just about spoken everywhere.

It is quite well westernised for a country in the middle east but you can still expect some culture shock when you first get there. Once you are used to everything around you, it will soon feel like living in a European or American city.

Known as the ‘middle east for beginners’ Qatar’s expat population makes up about 75 per cent of the total population.

This is the oldest independent state in the Arab world and is ruled by the Sultan of Oman. It has a population of just under 5 million and expats account for around 50 per cent of it.

Oman is regarded as a progressive, safe and welcoming country. The main languages which are spoken are Arabic and English. The capital Muscat offers many employment and leisure options.

The country is known for its high quality of life, progressive women’s rights and peaceful history.

To a British expat, Kuwait seems very American with it’s four-lane highways and big American cars so it is easy to settle in.

Most of the expats that move to Kuwait reside in Kuwait City and they make up around 70 per cent of the country’s population.

It is a very friendly place and there are many clubs and societies which cater to almost every interest for expats.

If you are looking for a new job in the medical sector then register with Odyssey Recruitment today and we could help you find your dream job.