On our website we have jobs that are available in Saskatchewan, if you are thinking about moving to Canada to work as a medical professional but need some more information then you have come to the right place.

In this article, we will be looking at what it is like for a doctor to work in Saskatchewan, opportunities for medical professionals and the lifestyle people typically lead this part of Canada.

Saskatchewan is a landlocked province in the middle of Canada. Residents mostly live in the southern half of the province as the northern half is mostly forests and sparsely populated. Around half of the population live in Saskatoon which is the largest city or the province capital Regina. 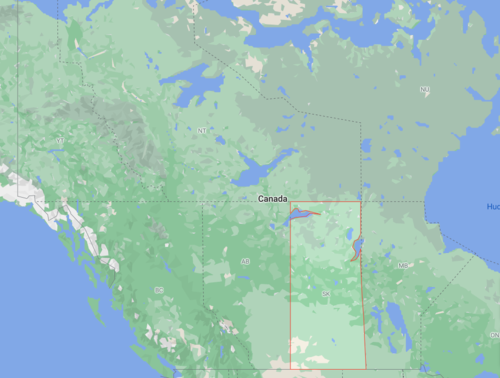 Doctors and physicians are in high demand in almost every province in Canada and will be for the next few years. There has been a prediction of a labour shortage for medical doctors for just under the next seven years due to the growth of the medical sector and earlier retirement. This means that there will be thousands of job opportunities for foreign doctors who want to work in Canada in the future.

Foreign medical graduates make up 52 percent of all physicians in the Saskatchewan province which shows that there are plenty of opportunities for overseas medical professionals.

Advantages of being a locum doctor

Across Canada, there is a shortage of GPs/family physicians particularly in remote and rural areas. Other roles such as psychiatrists, paediatricians, anaesthetists, and emergency medicine specialists are in high demand.

Saskatchewan’s medical healthcare system is characterised as ‘socialised medicine’ which means that medical practitioners are not civil servants but they remit their accounts to the publicly funded Saskatchewan Medical Care Insurance Plan rather than to patients.

An employee in Saskatchewan can’t work more than 44 hours per week - except in exceptional circumstances. Employees are entitled to at least three weeks of paid holidays from the first year of employment. These holidays are paid at a rate of 5.7 percent of your salary for the first nine years.

There are 11 Regional Newcomers Gateways in Saskatchewan - these are centres specifically dedicated to welcoming in newcomers. Newcomers to the province will be helped to get settled in, take English classes and participate in workshops about life in Canada. These services can also be offered in French.

It is a great place to raise children as there are safe, friendly communities and neighbourhoods. In urban and rural areas there is a strong sense of community throughout.

As for your free time, there are plenty of public and national parks within the province where you can enjoy the outdoors and go swimming, boating, camping, hiking, biking or just relaxing and enjoying the peace and quiet.

If you are looking for a medical job in the Saskatchewan then register with Odyssey Recruitment today and we could help you find the perfect job for you.