China's life expectancy could rise by almost six years over the next two decades, whilst Spain is set to overtake Japan as the the country with the longest living population.

According to figures published in medical journal 'The Lancet', China's life expetancy is expected to rise from 76.3 years to 81.9 by 2040 - taking it from 68th globally to 39th.

Whilst China was one of the fastest improving nations in the report, the United States looks set to plummet from 43rd to 64th. Increasingly stagnant lifestyles, combined with unhealthy diets and the high cost of healthcare will see average American live just 1.1 years longer by 2040.

At the other end of the table meanwhile, Japan looks as if it will lose its crown to Spain, which is expected to increase its average lifespan by a remarkable three years by 2040 - lifting it from fourth to first, fractionally above the land of the rising sun. 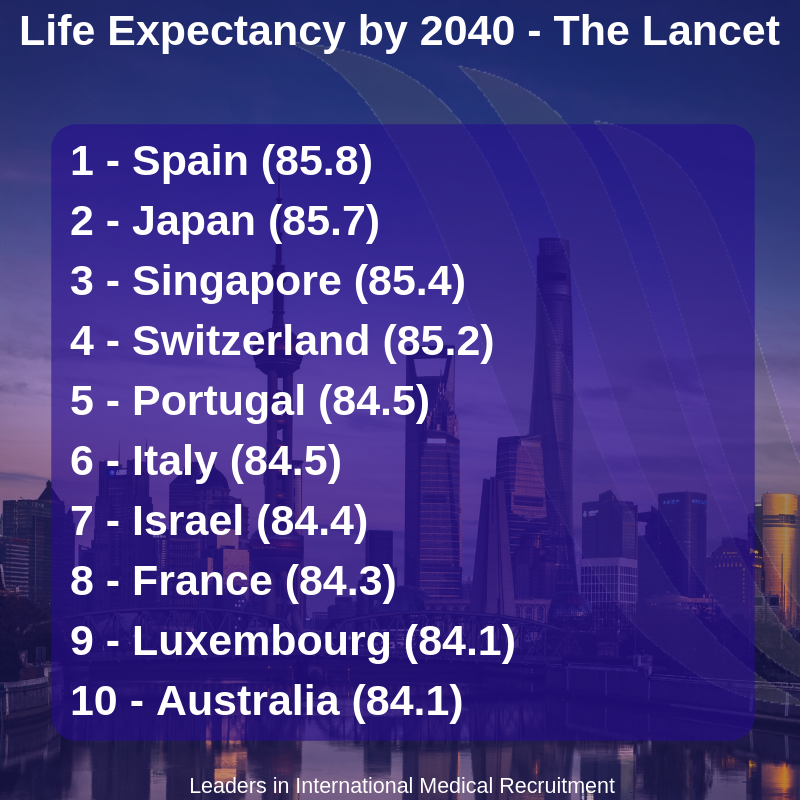 The Lancet's report also identifies the top five factors that it believes will lead to premature death in the future, with high blood pressure topping the list.

It was followed by having a high BMI, blood sugar levels, using tobacco and excessive consumption of alcohol.

China's increasing life expectancy is testament to the high levels of investment being poured into the country's healthcare sector. This means that it is the ideal time to make a move to the country for anyone seeking to influence the future of healthcare. For more information, and job alerts, register on our website today. A dream move could be closer than you might imagine.